This is an extremely interesting article provided by the Mayo Clinic's Online Research Magazine:

Biofilms present a sticky challenge to a team of Mayo Clinic researchers seeking to eliminate them as a source of infection on artificial joints and other medical devices. 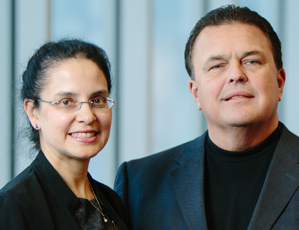 Location, location, location. People, it turns out, are not the only ones in search of prime real estate. One class of bacteria is just waiting for the opportunity to settle down on a shiny, new home — a prosthetic joint implant.

These bacteria might visit the neighborhood during surgery and then take up residence on metal or polyethylene hip, knee, shoulder or elbow replacements, on spine hardware, on indwelling catheters, or on other medical devices. The bacteria have a distinctive mode of growth that allows them to adhere to the surfaces of some medical devices and produce a slimy coating.

The combination of the adherent bacteria and the material they produce is called a biofilm. Biofilm bacteria grow slowly but with sticky determination to resist antibiotics and the immune system.
Many biofilm bacteria are bacteria that typically live normally and harmlessly on the skin. But when they hitch a ride inside the body from the skin during surgery, they can cause an infection that may only be cured by another surgery, often with replacement of the implant.

Robin Patel, M.D., a microbiologist and infectious diseases specialist at Mayo Clinic in Rochester, Minn., wants to foreclose on these bad neighbors. She began working on prosthetic joint infections and medical biofilms in the 1990s, and today her research continues in collaboration with a team of doctors, researchers and patients.

"Our group is gaining a better understanding of the pathogenesis of biofilm-associated infections with the goal of developing better diagnostics and treatment for our patients," Dr. Patel says.
Dr. Patel well understands that successful science is a team undertaking. She appreciates her collaboration with Mayo Clinic's huge orthopedic practice and the crucial role of patients who consent to donating their tissue samples to help future patients.

Her research team extends beyond the Mayo Clinic research community to postdoctoral fellows and scientists from all over the world. She also credits her crossover leadership in both the Infectious Diseases Laboratory and the Clinical Microbiology Laboratory for allowing her to recognize and facilitate what each area needs to promote the translation of research to the clinic.

"Collectively, we have expertise in bacteriology, orthopedic infection and surgery, molecular microbiology, medical biofilms, histopathology, and biostatistics," she says. "My research would not be successful without the right people in all of these areas." 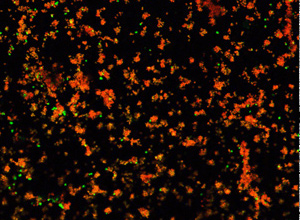 According to the American Academy of Orthopaedic Surgeons, more than 750,000 total hip and knee replacement surgeries are performed each year in the United States. As a result of the aging population, these numbers are expected to increase to 4 million by 2030. While most people enjoy dramatic benefit from the surgery, a small group — 1 to 2 percent, according to the National Institutes of Health — requires a second operation because of infection.

Infection of joints with no implant is diagnosed by withdrawing fluid or sampling tissue around the joint, and then identifying the bacteria through culturing or assessing the number and type of inflammatory cells present. Initially, the same techniques were used to test for prosthetic joint infection, but their inadequacy soon became obvious.

In prosthetic joint infection, bacteria are found in low numbers and cell counts can vary depending on the type of microbe.

Dr. Patel's team showed that infections were commonly missed when judged on a single sample.

"Five or six samples are needed because the bacteria stick to the implant with little infiltration into the surrounding tissue," Dr. Patel says. "In addition, if the single specimen yields a bacterium that is normal skin flora, it can be impossible to differentiate between contamination and infection. With multiple samples, if more than one grows the same organism, this is strong evidence of infection."

Dr. Patel rejected the perception that the bacterial counts in tissue were low because there just weren't many organisms.

"I thought it likely that we were just not sampling where the bacteria were located — the implant," she says. "It was a thought that launched us on a long journey." 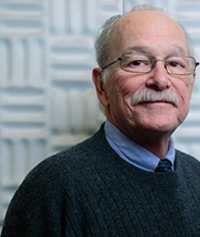 Although infected prosthetic joints have a strong resistance to antibiotic therapy, the surgical cure rate is good, according to research published by Mayo Clinic infectious disease specialists.

Orthopedic surgeons clean out the infection and then decide whether or not to remove and exchange the implant. For the next set of experiments, Dr. Patel pounced on the opportunity to test removed implants, aided by Arlen D. Hanssen, M.D., an orthopedic surgeon at Mayo Clinic in Rochester.

"Dr. Hanssen has been working with me since the beginning of my career, giving me ideas and enrolling patients in our studies," Dr. Patel says. "He has been collecting specimens since the '90s that we are now testing with diagnostic assays custom designed for prosthetic joint infections."

A major challenge was to develop a technique that would expel the bacteria from the surface of implants. Working with James F. Greenleaf, Ph.D., an ultrasound researcher at Mayo Clinic in Rochester, Minn., Dr. Patel and her team experimented with ultrasound techniques.

They placed a sample removed implant in a plastic container filled with a salt solution. They then placed the container in a sonicator, a device used in science but often used to clean jewelry. They varied the time, power and frequency of the ultrasound waves that were generated.

The sonicator not only cleaned off the surface of the implant and separated the different cells but it also left the bacteria alive — important for the culture-based tests that followed.

"We think that the energy from the ultrasound agitates microbubbles until they explode, tearing the biofilm apart and releasing the bacteria from their protective layers," Dr. Patel explains. "So we hypothesized that more microbubbles would generate better results."
With more organisms available for culture, the researchers were able to set threshold numbers of bacteria that indicated infection.

An initial study of 331 patients with hip or knee prostheses, published by Dr. Patel and her colleagues in the New England Journal of Medicine in August 2007, showed the vortex-sonication combination to be a superior diagnostic technique because it only requires one culture and is more sensitive, yet it is just as specific as standard multiple-tissue cultures. The Mayo Clinic researchers later validated the results in spine hardware and shoulder and elbow prostheses.

In 2007, Mayo Clinic made the diagnostic technique available to its patients.
"It is so exciting to be able to affect a change that helps patients," Dr. Patel says.
After introducing the technique, Dr. Patel's team discovered an additional advantage — their technique was faster, so appropriate treatment could begin earlier, eliminating days from a patient's hospital stay.

Now, Dr. Patel hopes to develop a diagnostic test that's even faster so that surgeons can detect biofilm bacteria while the patient is still in the operating room — avoiding the wait for culture results. She has a grant from the National Institutes of Health (NIH) to develop a novel, rapid and sensitive molecular diagnostic for prosthetic joint infections using polymerase chain reaction (PCR) assays.


PCR-based testing is a three-step process:

First, DNA is extracted from bacteria in a patient tissue sample. Next, the DNA is amplified (copied) to increase the amount available for testing. Finally, the amplified DNA is probed to identify the type of infection.

PCR tests in other areas of microbiology have established that they are more accurate and have a shorter turnaround time than does culture-based testing, which varies but can take as long as two weeks. Turnaround times for PCR assays can be less than an hour.
If Dr. Patel is successful in creating this first PCR test for biofilms, it means that surgeons may be more successful in removing all the infection the first time and a patient may be able to avoid follow-up procedures.

Dr. Patel is also taking an entirely different approach to eliminating biofilms — using electric current.
To pursue this novel technique, Dr. Patel secured a second major grant from the NIH and has launched a large number of studies targeting biofilms with a low amount of electric current both continuously and intermittently and for varying amounts of time — from several hours to several days.
Early results have indicated that the electric current is active against some biofilm-related bacteria. Dr. Patel cautions that much more research is needed before this approach can be validated for patient therapies.
However, if she is successful, Dr. Patel and her team will be able to offer new and better methods for evicting biofilms from prosthetic implants.


Source of Content Here
Posted by Unknown at 1:40 PM